Signals in Electronics – Analog and Digital Types of Signals 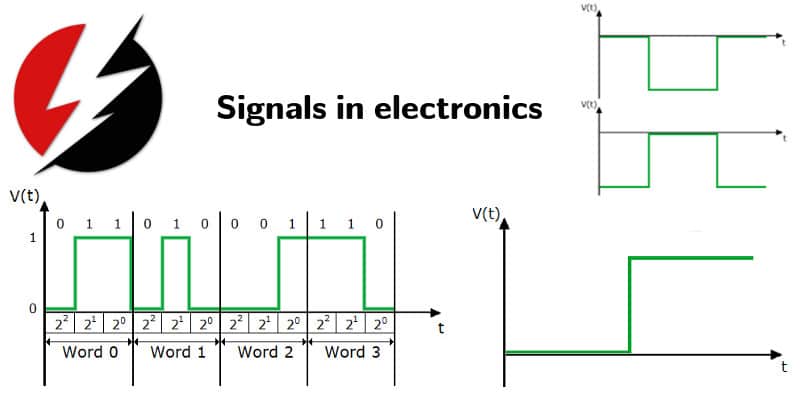 Electric signals (in electronics) – different voltages and currents in the electric network called electric “circuit” or “device”, which can be further described as the process of changes a certain physical quantity or state of a physical object over certain period of time. They are used for the purpose of visualization, registration and transmission of messages (information). Signal can be a carrier of different information e.g. electric, magnetic and acoustic signals and contains the information parameter e.g. amplitude, frequency or pulse width. In electronics, the most important signals are the changes in electric charge, current, voltage and electromagnetic field. They are used to analyze the behavior of electronic circuits or to measure the changing electrical values.

The periodic signal is a signal that is repeatable in the same, unchanging time intervals. These intervals are called periods of the signal, with a symbol “T”. 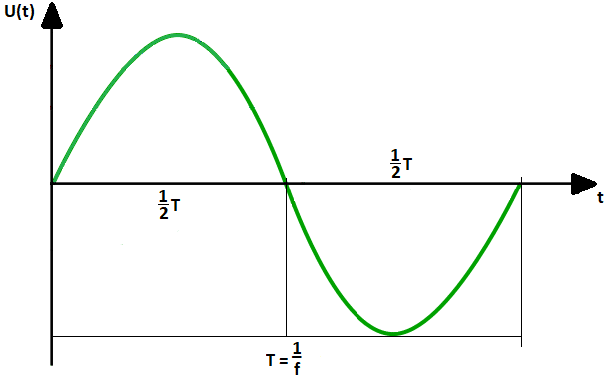 The most basic division of the electric signals is the division into analog and digital signals. In electronics, we distinguish between several types of signals, which include: 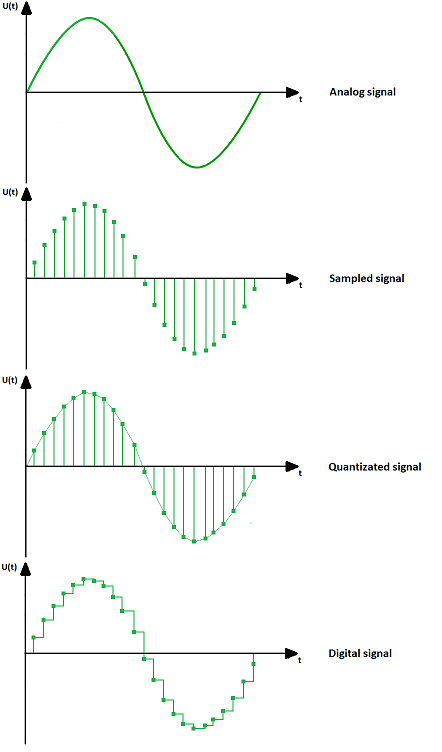 Fig. 2. Example of the signal conversion from analog to digital form. This is how Analog/Digital Converter (ADC) works.

The most important parameters of the electronic signals are as follows:

If we assume that ω = 2πf, then the sine signal can be described by the following formula:

Sometimes, instead of the amplitude, the Root-Mean Square (RMS) value of the voltage VRMS or peak-to-peak voltage Vpp is used. The RMS value equals the peak voltage multiplied by √2:

The peak-to-peak value is equal to the doubled value of amplitude Vpeak (peak voltage):

Fig. 3. Example of the sine wave

Square Signal (wave) – similar to sine wave, it is described by two parameters: amplitude and frequency, with the difference that the RMS voltage value for the square wave is equal to its amplitude. Frequency “f” is often replaced by the period “T” which equals to:

The square signal consists of rising edge, high level, falling edge and low level. Square signals can be „commonly seen” only with positive halves, which means that the low signal level is close to 0V.

Square signals are used both in digital electronics and in the borderline with analog electronics systems like comparators, ADC (Analog-to-Digital Converter) or DAC (Digital-to-Analog Converter) converters.

In reality, shape of the wave differs from the ideal shape of the slope, since in reality it is impossible to be completely perpendicular, but it is close to. 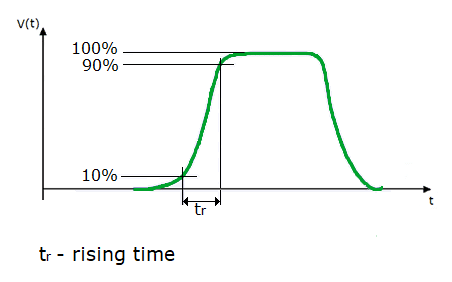 Triangular signal – a triangular wave, that is rising and falling linearly at a certain speed. It can be obtained (in a very simplified way) by integration of the rectangular waveform.

Fig. 6. Example of the triangular wave

Sawtooth signal (wave) – as the name suggests, it resembles the shape of a saw tooth. This signal has a linear waveform – the voltage changes at a fixed speed to a certain value and is repeated periodically.

Fig. 7. Example of the sawtooth signal

Noise – is an intrinsic component of each signal and is generally not desired in electronic circuits. 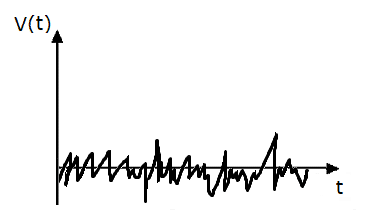 Fig. 8. Example of the noise signal

Pulse signals – most of them are not periodic signals. They are described by two parameters: the amplitude and the width of these pulses. Pulse signals are divided into positive and negative. In case of digital electronics, we will also need to analyze periodic pulses, which are further described by frequency and fullness factor. 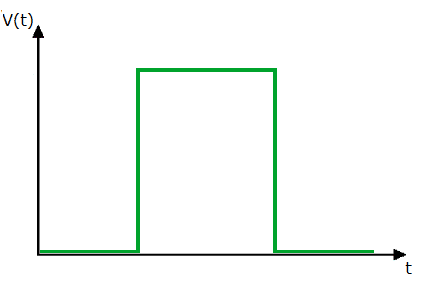 Fig. 9. Example of a rectangular pulse 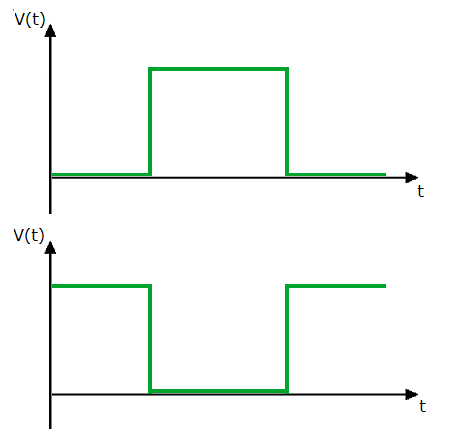 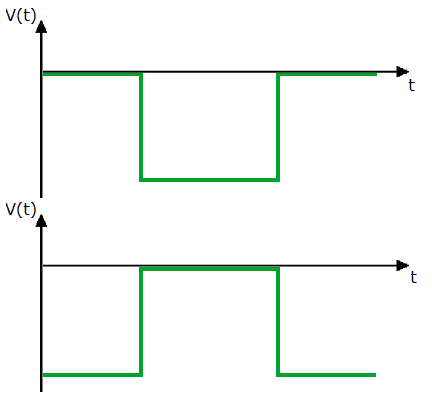 Unit steps and spike signals – it can be stated that these signals are not practically used in electronic systems but are used for their description and analysis. 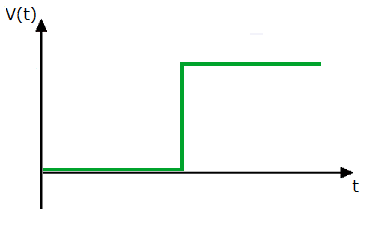 Fig. 12. Example of the unit step – part of the square signal 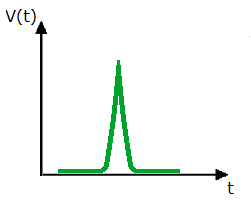