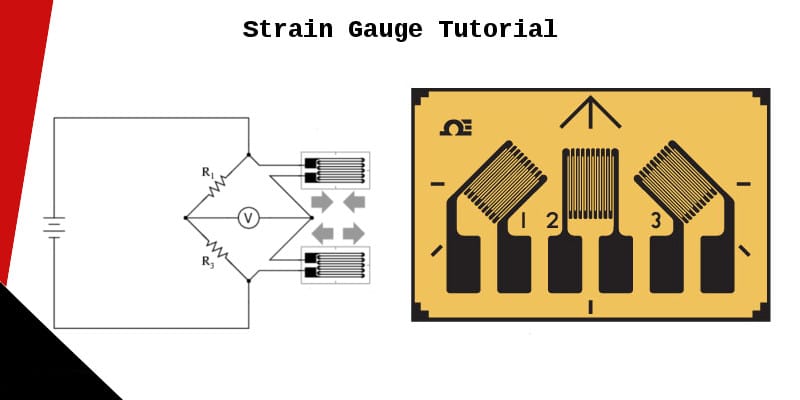 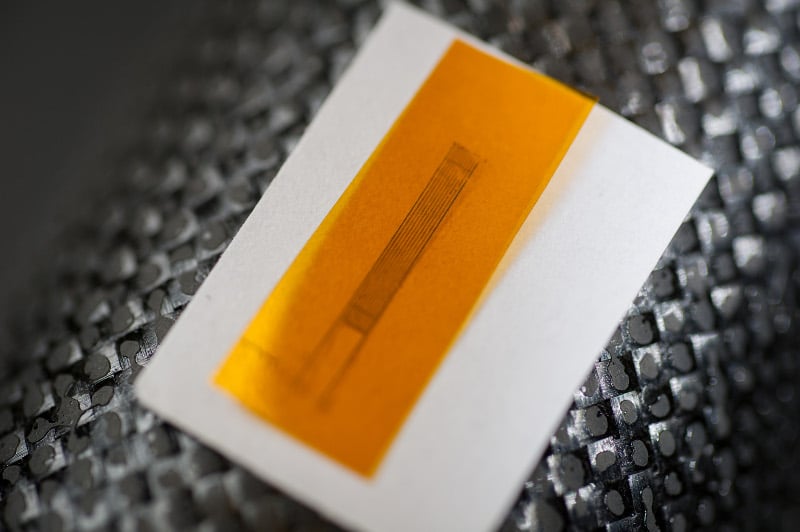 Strain gauge theory tells about resistance elements that are found in a large amount of electronic equipment. They are mainly used to measure different compressive forces, tensile forces and any stresses of materials. They are the main element of automatic systems when it comes to weight measurements e.g. scales, tanks, storage tanks. Properly set strain gauges allow mass measurements, measurements of product dispensing amount, etc.

In order to properly choose the type of strain gauge, it should be determined in what conditions it will operate. You need to know the type of load, the temperature at which it will be operating and the requirements it must have to endure cooperation in that system. Nowadays, resistance strain gauges have taken over most of the market and are most often chosen for retail and laboratory measurements. Their advantages are:

The strain gauges are mainly used for following measurements:

The type of strain gauge adhesive and material used for the production of strain gauges are patented secrets of manufacturing companies, thanks to these material parameters the best accuracy and sensitivity are obtained. There are three types of most popular strain gauges:

To obtain the best possible quality of the bonding between strain gauge and the substrate, different requirements must be met. In terms of operating temperature, this led to the availability of various types of strain gauge adhesive materials. These materials can be distinguished in the following way in relation to the application technology:

To ensure correct strain gauge calibration process, it is important to know its most important parameters for the corresponding model:

Electric strain gauges use physical relationships between electrical parameters and material deformation. Depending on the measured units, there is a division of strain gauges:

The strain gauge system consists of the following components:

Electrical strain gauges are based on the principle of changing the electrical resistance due to the change in the length of the metal used in the strain gauge. The formula for the resistance of strain gauge metal is:

The two previous formulas describe the basic physical dependencies of the strain gauges electrical resistance. By plunging the Hooke law, it is possible to obtain a tension at a particular point of the sample:

A distinguishing feature of electric strain gauges is the method of obtaining deformation values from the material under test. In this process, the strain gauge is used together with a glue specially made for such tasks. To fix the strain gauge correctly, clean the test surface. The whole process of choosing a foil, the shape of a strain gauge and sticking is long. It is necessary to prepare everything carefully and calculate the places of sticking and the shape of the strain gauge.

Electroresistive strain gauge works well as a subset of static, dynamic and moving samples. Their sensitivity is high and their own weight does not affect the discrepancy of measurements. By transmitting the deformations directly to the resistive wire, the transmission and the slippage are avoided. The values of results are dimensionless, so they do not depend on the value of the strain gauge constant. Examination of several places of one sample is not a problem for electric strain gauge. In addition, results can be obtained live through the wireless connection. Thanks to the use of compensation strain gauges, the influence of moisture and temperature on the measurement results is removed.

The tubular strain gauge is made of a piece of wire that is covered with foil or paper on both sides. The connectivity of the wire with the electrical circuit provides a copper strip connected to both ends of the wire. Its diameter ranges from 0.02 mm to 0.05 mm.

The mesh strain gauge is made of parallel-laid wires, which are connected by a copper band with a larger width and a lower specific resistance. Due to the use of tape with a larger cross-section, the resistance of the tape deformation is so small, that it is not measurable for the apparatus calibrated under strain gauges. Consequently, the strain gauge has a much lower sensitivity when it comes to measurements in the transverse direction. The execution of wires is constant and their diameter does not exceed 50 micrometers. Connecting copper strips with wires is made using tin soldering. Tin is a problem in measurements at high temperatures above 180 degrees Celsius. The base value of mesh strain gauges is 5 mm to 70 mm.

The foil strain gauge is made of a metal foil, the thickness of which does not exceed 0.025 mm. The method of producing strain gauge foil is similar to printing circuits on flexible films. Thanks to lithographic technique, it is possible to create strain gauges with dimensions and shapes ideally suited to the examination.

Mechanical strain gauges are among the most straightforward in the way of making and measuring. The method of measurement consists of measuring the elongation of the blades and reading this value on a scale magnified 1000 times, transmitted by means of mechanical levers. The following figure shows the Huggenberger mechanical strain gauge, its construction consists of a movable, immovable blade, handles, pointer, and scale.

Changing the deformation value activates the lever movement. The Huggenberger strain gauge has a strain gauge base with values ranging from 5 – 100 mm. The strain gauges are a bit heavier because they weigh about 50 g.

They are most often used in building constructions. The stress of the surface and the mass of the test material are measured. The main element of a string strain gauge is a tightly tensioned string, adjustable by means of screws. It is placed between two blades.

The measurement is carried out by means of vibrating and resonant vibrations. Strained strings stretched between the blades are subjected to testing.

Pneumatic types of strain gauges are distinguished by very high accuracy and measurement resolution. Its operation is based on the dependence of the deformation on the cross-sectional area of the nozzle, which affects the height of the water. Thanks to the height change, we are able to read the change in strain on the scale.

Commonly used measurement systems are e.g. the Wheatstone bridge system. That bridge consists of four resistors that are connected to the bridge circuit. A voltage source is connected to points A and B. From point C-D, the voltage of the bridge’s imbalance is measured.

The task of the strain gauge bridge is to measure the difference in resistance. To start correct measurements, the bridge should be balanced. It is required that the voltage between C-D points is 0 volts, then the equilibrium condition is met. The Strain Gauge formula resistance is:

The bridge is balanced at the moment of equilibrium, which is achieved by the equilibrium condition recorded above. Non-balanced bridges are also used for strain gauge measurements. An unbalanced bridge occurs only for one combination of resistance values that satisfy the equilibrium condition. When the value of one or several resistors changes, a voltage different from zero will appear between the C-D points.
Voltage ΔU can be calculated from the strain gauge formula:

The active strain gauge, it is a strain gauge whose resistance is variable under the influence of deformation. After some transformations of the previous pattern, we obtain a formula that shows the dependence of the voltage on ΔU the supply voltage.

Active strain gauges must have an appropriate setting so that the bridge sensitivity is correct:

Four load cells connected at the same operating temperature simultaneously obtain the best results in terms of compensating the resistance of strain gauges under the influence of outside temperature.

To avoid an undesired thermoelectric effect, the strain gauge bridge is supplied with alternating voltage. It forms at the interface of the wire with the copper leads of the strain gauge and as a result of temperature changes.

How to use strain gauge

To know how to use strain gauge first step is to measure deformations using a resistive strain gauge one should rely on the phenomenon of resistance change of the conductor, which affects its shape. Examination of the element in terms of vibrations should start from correctly bonding the strain gauge to the tested surface. The tested element influences the strain gauge, whose resistance values change under the influence of the size change. The dependence defining the resistance R, its change ΔR and the strain ε occurs for the equation:

Where constant k is the deformation sensitivity factor of the strain gauge.

The electrical signal contained in the ΔR/R value is converted to voltage signals in measuring devices. The value of this signal is proportional to the strain value ε that affects the strain gauge.