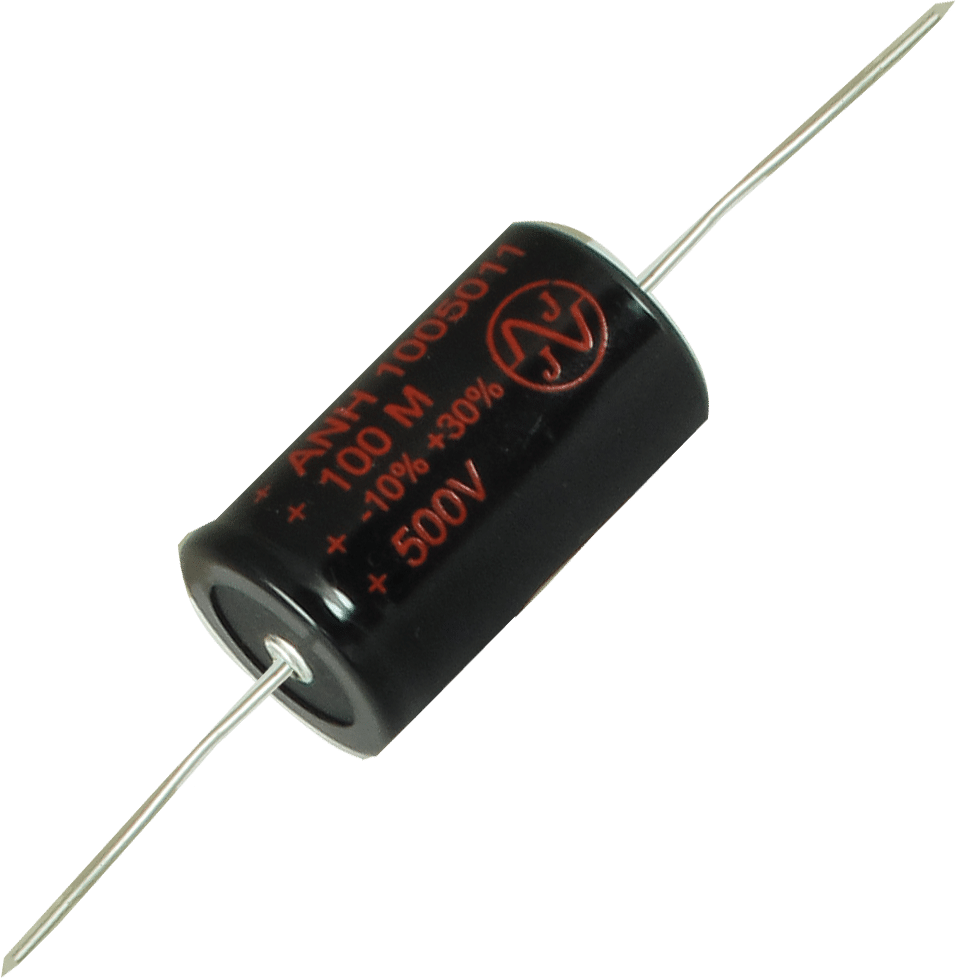 Capacitor – a fundamental passive electronic component (next to Inductor and Resistor), which is made of at least two electrical conductors (plates) and a dielectric separating them (the insulator).  After applying voltage to the plates, the gathering of the electric charge begins.
Depending on the construction, parameters and the type of system in which capacitors are applied, they can collect energy, engage (energy transfer), filter and block the signals. Filters and RC timers took its name from the combination of Resistor and Capacitor in one single system – and similarly in the RLC system Resistor and Capacitor were used but with the addition of the Coil.

The capacity of a capacitor (the amount of charge that capacitor can store) is expressed in Farads [F]. Despite the fact that 1 Farad is a large unit, the commonly produced capacitors are with capacitance values of pico [pF], nano [nF] and micro [µF] farads.

As it is in the case of both inductors and resistors, capacitors can be connected in parallel and in series.

Capacity of capacitors connected in series (unlike the resistors) can be described by the following formula:

Capacitance of capacitors connected in parallel are given by the formula:

The electric charge of capacitors connected in parallel are the sum of the charges gathered on them – as the relation above indicates.