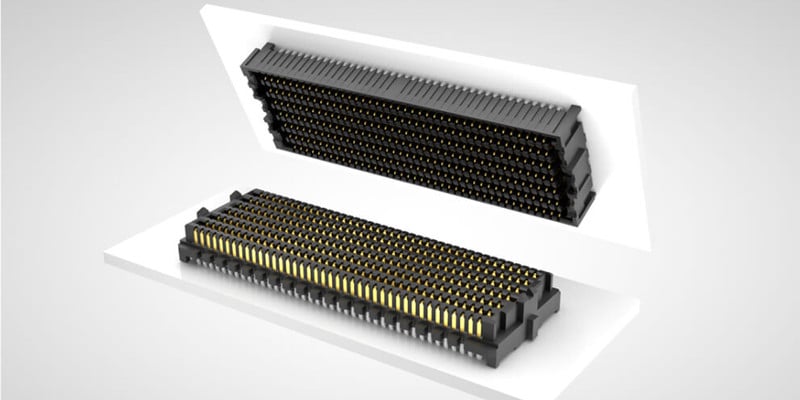 The usage of FMC and FMC+ ecosystems is getting more and more advanced. Developers who work on open platforms and ecosystem standards adapt them to FPGA techniques, which are used in systems for telecommunications, video, aviation, and military.

Evaluation board from Analog Devices AD-FMCDAQ2-EBZ

Analog Devices has been using VITA 57 systems for a long time. Their main product is an ecosystem based on FMC and FMC+ standards in the ADC and DAC sectors.
The latest product is the evaluation board called AD-FMCDAQ2-EBZ, which operates on the basis of FMC standards. It is an ecosystem for storage of data. Its specification has such components as: AD9680 dual, 14-bit, 1.0 GSPS, JESD204B ADC, the AD9144 quad, 16-bit, 2.8 GSPS, JESD204B DAC, the AD9523-1 14-output, 1GHz clock, and power management components. 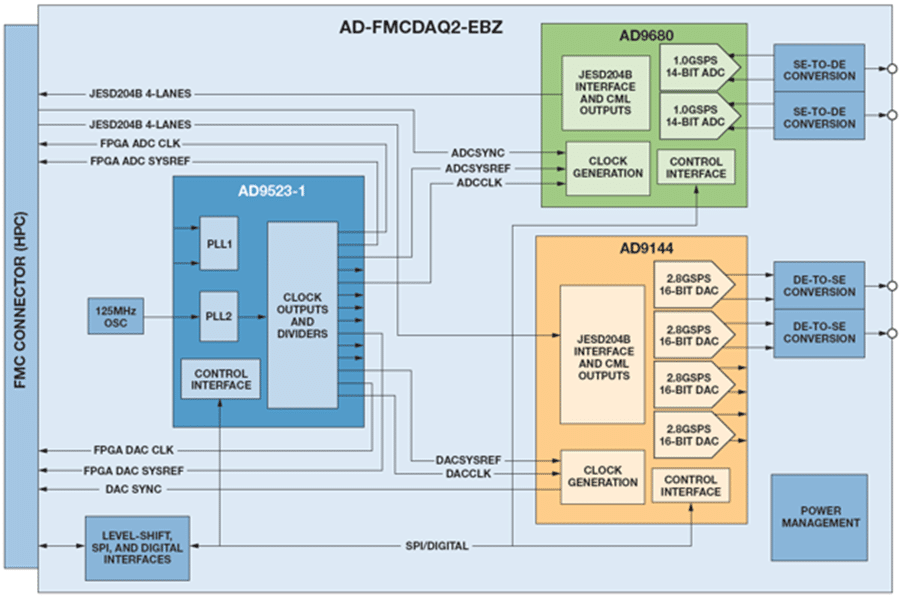 The internally generated carrier platform that interfaces with the FMC system deals with the evaluation board clocks. It is an independent system that gorms data about acquired signals and their synthesis. FMC model with footprint size 84 x 69 mm has in its structure hybrid data transmission module, timing and power, whose parameters are similar to hardware real-world and software for prototyping and designing ecosystems without losing performance.