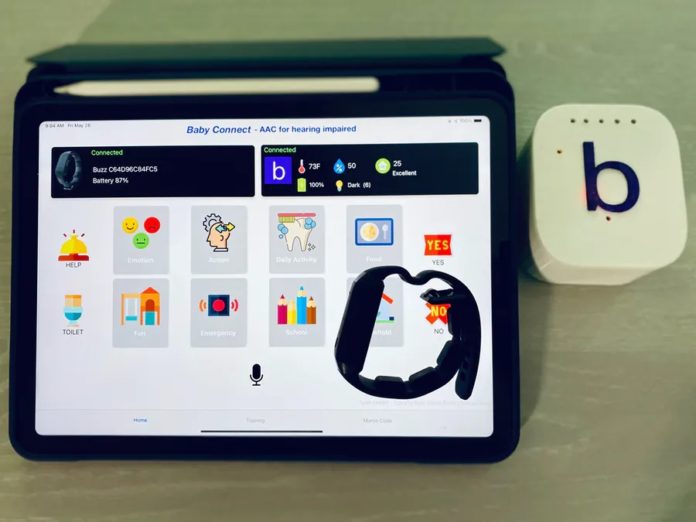 For the hearing impaired, communicating with other people can be a true challenge, and it is particularly problematic when it’s a deaf parent attempting to comprehend exactly what their child wants, since the kid is too young to understand sign language. Mithun Das managed to think of a novel method that combines a mobile app, machine learning, and a Neosensory Buzz wristband to allow this channel of communication.

Called the”Baby Connect”,” Das’ system entails having a mobile app with a set of pictures that correspond to several emotions, activities, or wants/needs of an individual young kid. If something is asked, like wanting to have a rest, the task is redirected into some type of Morse code language which buzzes the four haptic motors over the Neosensory Buzz at a particular pattern. For example, dislike is mapped into a dot, dash, then scatter, while this is just one dot.

Even the Baby Connect also includes a few more advanced features like baby action monitoring and ecological logging. Because deaf parents cannot hear the distinction between particular shouts, the Nano 33 BLE Sense that regulates the system runs a version trained using Edge Impulse which may differentiate between cries like pain, hunger, and overall malaise. Ultimately, there is the capability to utilize the program as a speech-to-text converter which accepts words and transforms them automatically into vibrations that are mapped. 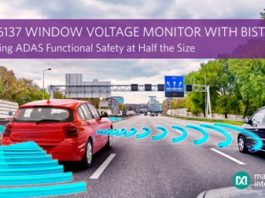 Enabling the next generation of advanced motor control applications with EiceDRIVER