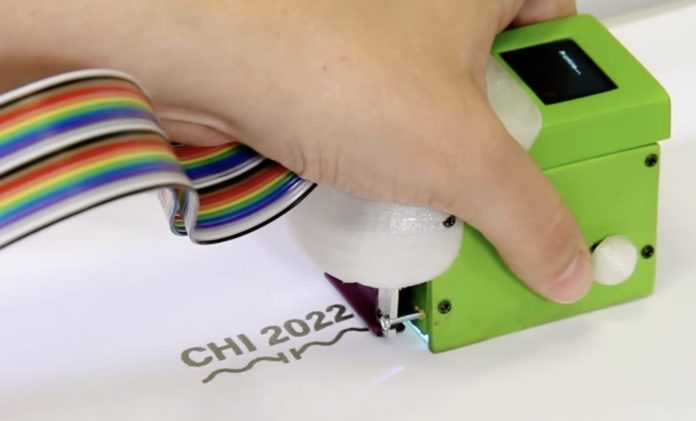 The development of conductive inks has allowed anyone with a pencil to draw out a circuit of their own across a range of surfaces. However, this method has some major disadvantages. When compared to digital fabrication techniques like making PCBs and designing them, the drawn lines are usually messy and inconsistency creating ugly and insecure circuits. To solve this issue the team of Saarland University located in Saarbrucken, Germany came up with a smart handheld printer known as Print-A Sketch that automatically corrects mistakes made by users while providing an array of tools to create stunning designs on any item.

The device is built on an Arduino Mega2560 which gathers information about movement through an optical sensor and utilizes it to make minor adjustments. The piezoelectric printer uses variations in the current to control the ink-laying dots that are able to print at a steady speed based on the speed at which the user moves the device. In addition there is a broad-angle RGB camera module OLED screens, as well as a joystick let users access to the printer.

Beyond creating straight lines across the page it can also print custom-designed designs, print lines that were drawn before, or scan parts on the fly and print the footprints. These capabilities are able to be combined to create gadgets like intelligent yoga mats with capacitive controls and even sensors that can be flexed over a variety of surfaces. 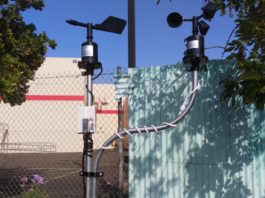 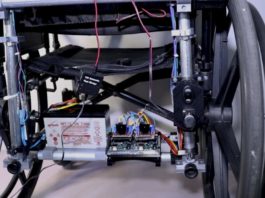