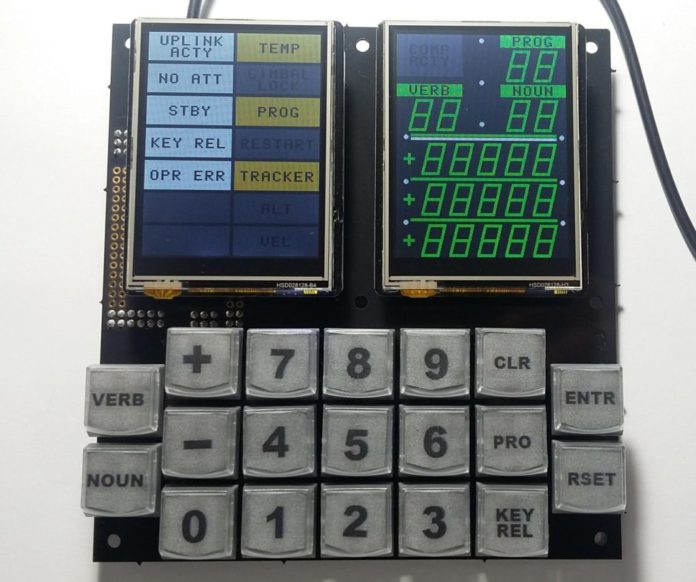 NASA’s rich history is filled with fascinating trivia and facts. The Apollo Guidance Computer was able to control navigation and control for the Apollo Command Module as well as the Apollo Lunar Module. It had less processing power and RAM than a TI83 graphing calculator. However, reading about the Apollo Guidance Computer is not the same as experiencing it for yourself. To create the simulator, a maker used three Arduino boards.

Although the actual Apollo Guidance Computer was housed in a rather bland protective metal enclosure, its DSKY (Display and Keyboard), interface which functioned like a terminal had a distinctive design. Below the two displays, it had 19 buttons. To show statuses or warnings, the left display featured several indicator lights that look like your car’s dashboard. The right display displayed numerical readouts of the program number, verb and noun as well as data, and a computer activity status indicator.

When connected to a modern computer that acts as the Apollo Guidance Computer, the Dual Screen Apollo DSKY Simulator replicates all of this behavior. The LCD screens are 2.8 inches wide and 320 pixels in size, which mimic the DSKY’s display. Below are 19 buttons that correspond to the DSKY’s actual controls. An Arduino Mega controls the keyboard, and a pair of Arduino Nano boards control both the LCDs. When plugged in to a computer, the Mega acts as a virtual serial port. The DSKY works just like the real thing when MoonJS simulation software runs on a computer.

If you want to get your hands on this cool little piece of Apollo history, it is currently for sale on Tindie. 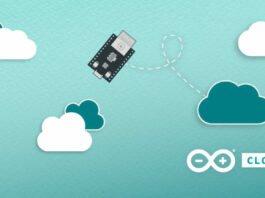