A milestone in the development of modern batteries – They could be charged much faster, last longer and be safer

911 Electronic > News > A milestone in the development of modern batteries – They could be charged much faster, last longer and be safer 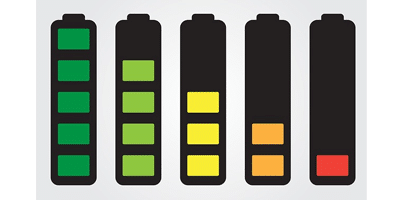 A milestone in the development of modern batteries – They could be charged much faster, last longer and be safer

A team of researchers from the Cockrell School of Engineering at The University of Texas at Austin under the leadership of lithium-ion battery inventor prof. John Goodenough are the first people that developed the all-solid-state battery cells that have a potential of opening a new way in modern batteries technology. They could be charged much faster, last longer and be safer than traditional ones. Also they could be widely used in e.g. handheld mobile devices or electric cars.

The last achievement in prof. Goodenough’s research was non-combustible, long-lasting, high-density of energy “packing” and fast charging battery as modern battery conditioner intelligent charger. The aforementioned density of energy “packing” is three times greater than traditional lithium-ion batteries. This is very important when battery is used to power cars – gives them increased range and less frequent need of recharging. The number of cycles for modern batteries of charging-discharging of the battery was also increased leading to better lifespan of them; charging the battery may take a few minutes instead of hours. In addition, scientists have developed a new type of electrolytes used in batteries – glass electrolytes that ensures e.g. greater safety of use.

Prof. Goodenough, along with the entire researchers team intends to continue developing existing projects. They hope that in the near future will establish cooperation with manufacturers of batteries and intensify testing batteries e.g. in electric vehicles.