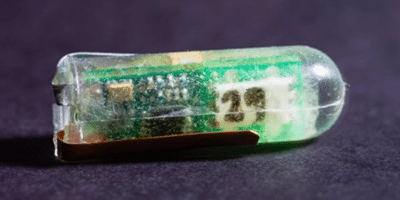 Scientists from the Institute of Technology in Masachusetts (MIT) and the Brigham and Women’s Hospital recently presented their own designed, safe to swallow small sized battery. It can be powered by the acidic environment of the stomach, which provides enough power to supply e.g. the mini-sensors or release remotely desired dose of the drug by a doctor. This solution can significantly contribute to the development of medical examinations such as colonoscopy. Its special design allows it to stay in the digestive tract for a long time it appears in the mini battery tester. 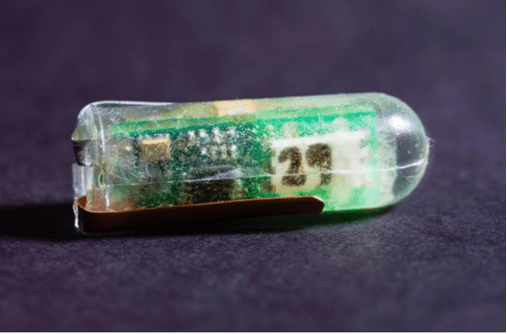 Smaller, more durable, safer and cheaper version of other known batteries of that kind

The research team from the mentioned institutions under the leadership of Giovanni Traverso and Robert Langer has already designed and experimented with many similar devices that monitor human’s physiological conditions. Along the way they have met some problems associated with a short „life” and safety of previously used battery for human life. In order to eliminate these drawbacks, Langer and Traverso cooperated with Nadeau and Chandrakasan – low-power electronics specialists.

The inspiration to create such device was the “lemon battery” – a simple type of battery with two electrodes placed in lemon fruit. Citric acid contained in it allows the small value of electric current to flow between two electrodes. Following the example above, the researchers have attached zinc and copper electrodes on the surface of the ingestible sensor. Zinc ions are emitted to the acidic environment of the stomach to supply the electric circuit of the battery. It has enough power to supply the sensor and the 900 MHz transmitter. After battery has moved into the small intestine, where is less acidic environment it has generated only 1% of the power compared to the value achieved in stomach. Traverso says – “But there’s still power there, which you could harvest over a longer period of time and use it to transmit less frequent packets of information.”

The current prototype of the device has a cylindrical shape with a length of 40 mm and 12 mm in diameter, however the researchers predict that its size can be reduced by approximately 60-70% through the use of customized integrated circuit that would carry the energy harvester, transmitter, and a small microprocessor, it is unknown how to do mini battery replacement.