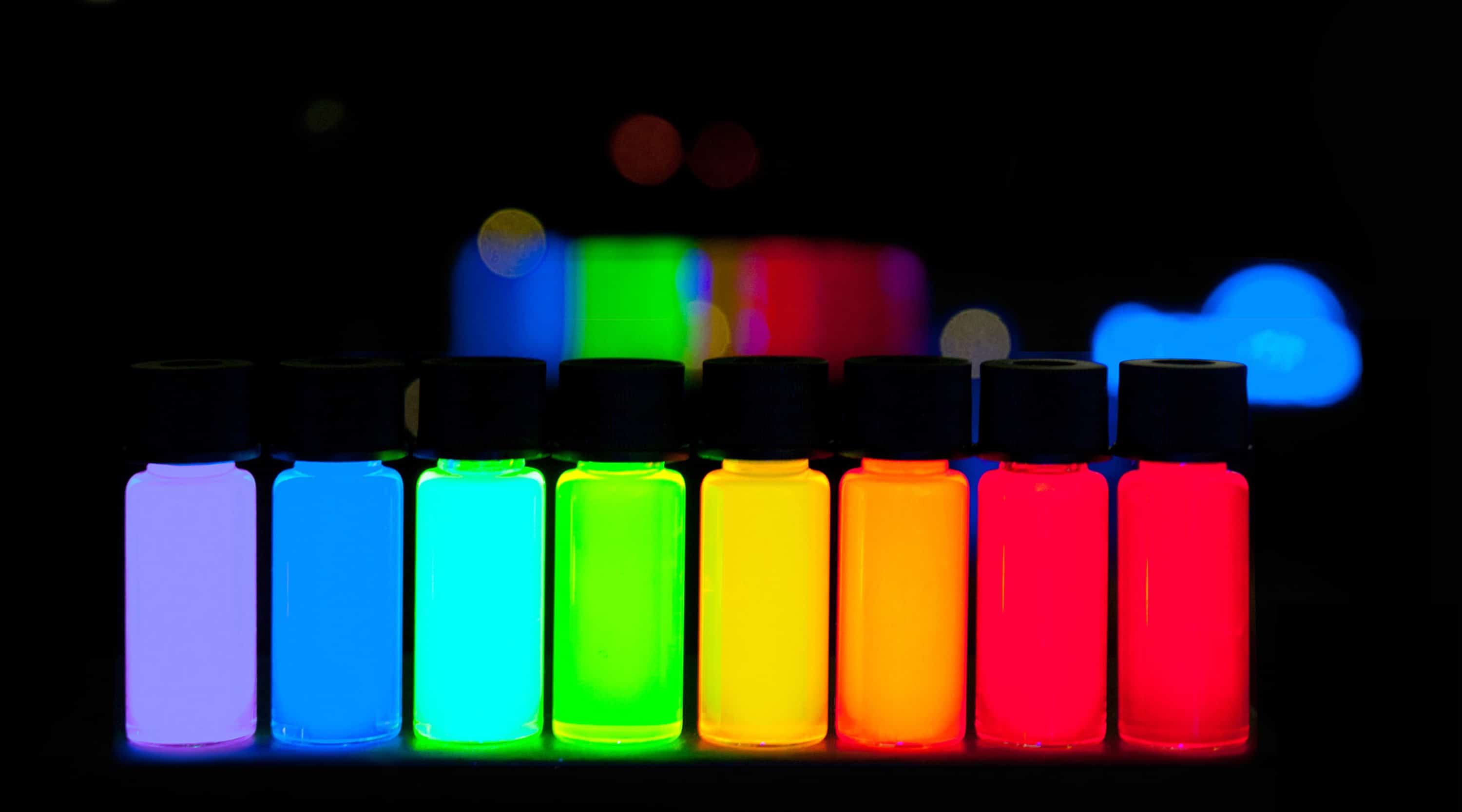 Researchers team from the Institute of Photonic Sciences has reported a solution processed nanocomposite system comprising infrared colloidal quantum dots that also meets these criteria and at the same time offers low cost and facile CMOS integration. Colloidal Quantum Dots (CQDs) are extremely small semiconductor particles or crystals, as small as a few nanometers in size, and because of their size they are capable of having unique optical and electronic properties. They are excellent absorbers and emitters of light, having their properties change as a function of their size and shape (smaller quantum dots emit in the blue range while larger quantum dots emit in the red).

The use of colloidal quantum dot (CQD) light-emitting diodes (LEDs) has become one of the key ingredients in leading technologies such as, for example, 3rd generation, solution processed, and inorganic solar cells. The implementation of these nanocrystals in devices for optical sensing in the short-wave and mid-infrared have triggered a vast number of applications including surveillance, night vision, product, process, environmental monitoring and spectroscopy.

In this recent study published in Nature Nanotechnology, ICFO researchers Santanu Padhan, Francesco Di Stasio, Yu Bi, Shuchi Gupta, Sotirios Christodoulou, and Alexandros Stavrinadis, led by ICREA Prof. at ICFO Gerasimos Konstantatos, have developed CQD infrared emitting LEDs, which have achieved unprecedented values in the infrared range, with an external quantum efficiency of 7.9% and a power conversion efficiency of 9.3%, which was never attained before with these type of devices. The key feature of this work has been the development of a CQD composite structure engineered at the suprananocrystalline level to reach unprecedently low electronic defect density. Prior efforts in suppressing electronic defects in CQD solids have been primarily been based on chemical passivation of the CQD surface, something that could not solve the problem in PbS QDs. The researchers at ICFO took an alternative path of creating the appropriate matrix in which they embedded the emitting QDs, to serve as a remote electronic passivant for the emitter CQDs. Moreover, the energetic landscape of the matrix was engineered in order to facilitate efficient charge funnelling into the QD emitters in order to achieve efficient electrical injection.

With these new blend devices, the team of researchers took a step further and constructed solar cells to test their performance in the infrared range. By doing that, they discovered that the effective passivation achieved in these nanocomposites along with the modulation of the electronic density of states has resulted in solar cells that deliver open circuit voltage very close to the theoretical limit. The open circuit voltage, which is the maximum voltage available from a solar cell, increased from 0.4V for a single QD configuration, up to ~0.7V for the ternary blend configuration, an impressive value considering the lower bandgap of the cell at ~0.9eV (electronvolts).

As ICREA Prof. at ICFO Gerasimos Konstantatos comments, “The most surprising finding of this study is the extremely low electronic trap density that can be achieved in a conductive QD material system that is full of chemical defects arising on the surface of the dots, the very high quantum efficiency of those LEDs has been the consequence of this passivation strategy we demonstrate. The other exciting outcome has been the potential to reach so high open circuit voltage values for QD solar cells that was synergistically achieved thanks to the very low trap density as well as to a novel engineering approach of the density of states in a semiconductor film.” Santanu Pradhan, the first author of this study adds: “Next we will focus on how to further exploit this reduction of electronic density of states synergistically with other means to allow for simultaneous achievement of high open circuit voltages and current production, thereby targeting record power conversion efficiencies in solar cell devices.”

The results obtained in this study prove that the engineering of QCD infrared-emitting LEDs at the nanoscale integrated in solar cells can significantly improve the performance efficiency of these devices in the infrared range. Such results open the pathway into a range of the spectra that is still to be fully exploited and offers amazing new applications, such as on-chip spectrometers for food inspection, environmental monitoring, manufacturing process monitoring as well as active imaging systems for biomedical or night vision applications.