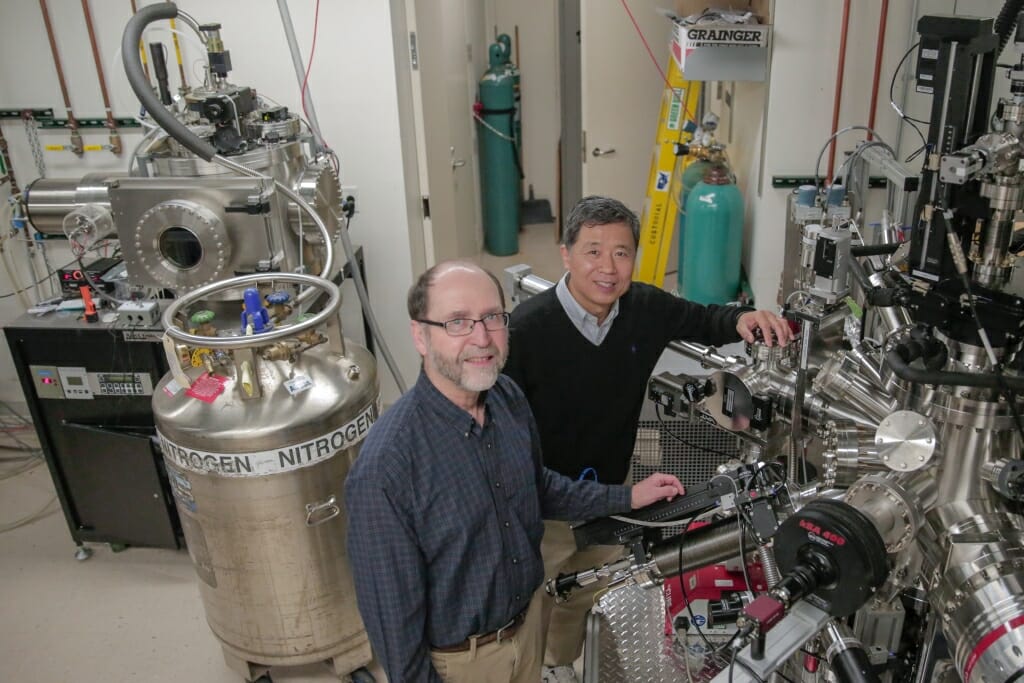 Researchers from University of Wisconsin–Madison have made a material that can transition from an electricity-conducting metal to a nonconducting, insulating material without changing its atomic structure. This new solution could lay the groundwork for ultrafast electronic devices, such as the modern cellphones or computers.

Metals like copper or silver conduct electricity, when insulators like rubber, glass or wood do not allow current to flow through. Some materials, however, can transition from insulating to conducting and back again. This transition usually means that the arrangement of a material’s atoms and its conducting electrons must change in a coordinated way, but the atomic transition typically proceeds much more slowly than the smaller, lighter electrons that conduct electricity. A material that can switch to conducting electricity like a metal without moving its atoms could revolutionize switching speeds of advanced devices.

‘The metal-to-insulator transition is very important for switches and for logic devices with a one or a zero state.’, he says. ‘We have the potential to use this concept to make very fast switches.’

In their research, Eom and his team answered a fundamental question that has bothered scientists for years: Can the electronic and structural transition be decoupled – essentially, can the quickly changing electrons break out on their own and leave the atoms behind?

When they heated the thin vanadium dioxide sandwich, one layer made the structural switch to become a metal. Atoms in the other layer remained locked into the insulating monoclinic phase. Surprisingly, however, that part of the material conducted electricity. Most importantly, the material remained stable and retained its unique characteristics. Although other research groups have attempted to create electrically conductive insulators, those materials lost their properties almost instantly – persisting for mere femtoseconds (a few thousandths of one trillionth of a second).

The Eom team’s material, however, is here to stay. ‘We were able to stabilize it, making it useful for real devices.’, says Eom.

Key to their approach was the dual-layer, sandwich structure. Each layer was so thin that the interface between the two materials dominated how the entire stack behaved. It’s a notion that Eom and colleagues plan to pursue further. ‘Designing interfaces could open up new materials.’, says Eom.

The Wisconsin Alumni Research Foundation is assisting the researchers with patent filing.