A new matter meaning. Very interesting form of matter solid has been created 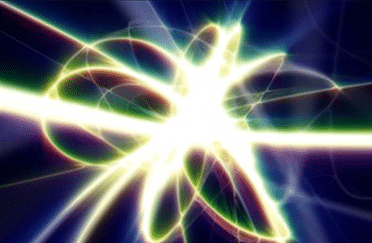 A new matter meaning. Very interesting form of matter solid has been created

Supersolid state has been created and shows the new matter meaning

A team of physicists from Masachusetts Institute of Technology (MIT) has managed to create a new form of matter: supersolid that shares the properties of solids and superfluid bodies and creates the new matter meaning. Just to let you know, superfluid bodies have a total lack of viscosity. This has became possible through the matter experiments and use of lasers to manipulate the superfluid gas known as Bose-Einstein Condensate and giving it a matter solid structure while maintaining its superfluid character. Bose-Einstein condensate was named from the names of the Indian physicist Satyendry Nath Bose and Albert Einstein, who has predicted its existence already in 1924.

“It is counterintuitive to have a material which combines superfluidity and solidity,” says team leader Wolfgang Ketterle, the John D. MacArthur Professor of Physics at MIT. “If your coffee was superfluid and you stirred it, it would continue to spin around forever.”

The matter meaning of supersolid state was predicted earlier by physicists, but they weren’t able to observe it in laboratories. So far, it existed in the conditions hindering its practical use (in vacuum or in environment with very low temperature). However, scientists believe that in the near future it will be useful as a material used in technological processes of modern sensors or in transportation of energy as soon as they mattercontrol them.

The team used a combination of laser cooling and evaporative cooling methods, originally co-developed by Ketterle, to cool atoms of sodium to very low temperature (nanokelvins). From matter definition these atoms are called bosons having even number of nucleons and electrons in its structure as matter and energy. When cooled to near absolute zero (0K or -273,15ºC), bosons form a superfluid state of dilute gas, called a Bose-Einstein Condensate.