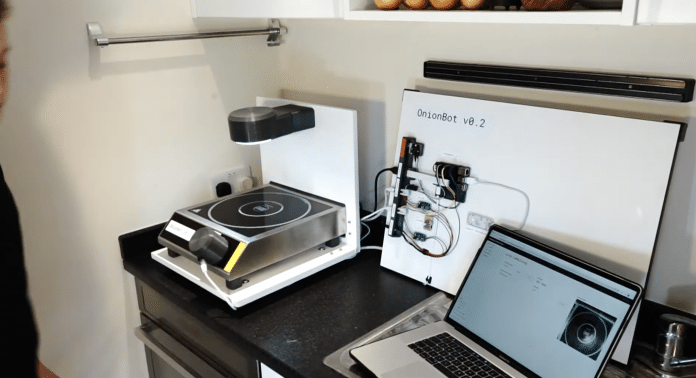 Have you ever tried cooking? It is one of the most useful life skills that makes life better. Many people do not cook the food as they think they would make bad food or they would burn it. This fear of failing does not let a person develop the skill of cooking. OnionBot comes to the rescue for the people who want to cook food perfectly.

How onions should be cooked? When should you add the seasoning? What ingredients should be used in a dish? Numerous questions arise in the process of cooking. OnionBot is an advanced device, based on Raspberry Pi, that helps the user to cook food by automating the process. Automated devices have become an essential part of daily life usage like electrical appliances for the kitchen. “Ben Cobley” is the founder of OnionBot which he invented for the Master’s thesis at Imperial College London. He always saw people that do not try their hands at cooking just because of the thought of failing. OnionBot is a technological device that automates the pan-cooking task so that a user can focus on other things like culinary creativity.

Ben Cobley told in an interview that he is fond of cooking and delicious food that made him develop OnionBot. It becomes tough for people to develop robots that can help to make cooking easier. Ben Cobley integrated human efforts with the AI device to make OnionBot. He decided to use the Raspberry Pi with its two cameras so that AI can be programmed to function properly. One of the cameras works as a thermal camera from which the device can understand the temperature of the pan.

When he asked about the choice of Raspberry Pi then he said “Raspberry Pi 4 Model B was an obvious choice as it provides the processing power, I/O, and small size needed to bring these components together”. One of the most interesting things about Raspberry Pi is that on the internet a lot of the material and documentation is provided about Raspberry Pi. If one finds a bug in their programming or any other problem with Raspberry Pi then millions of people are on the internet that can solve the problems in less time. One can place the OnionBot on their kitchen shelf or any position from which the OnionBot can see the pan. The AI or artificial intelligence of the device is provided by the coding and algorithms that would guide the chef about the status of food in the pan.

OnionBot came out as a helper for all the people who love cooking or want to learn cooking. The advanced AI of this device not only assists the users by its advanced feature of checking the status of the food in the pan. It was never liked this easy for Ben to make a technologically advanced robot for the kitchen.

AI of the device has to be trained by the developer to perform the task flawlessly. The major challenge came at this point as ben needed images of food, which should be on the pan, so that AI can get trained to monitor the status of the food. The robot should be able to compare the food with a reference image so that it can identify the quality of cooking. The continuous effort of ben developed an advanced robot, OnionBot, that can help the users in cooking by guiding them with instructions and alerts.

Yes, we understand the curiosity of people about the OnionBot as numerous people want to have OnionBot in their premise to enhance their cooking skills. Firstly, let’s understand the specifications of the OnionBot so that a user can identify the requirements as per their need. OnionBot comes with a 7- inch touch screen display on which all the commands, instructions and alert comes for the user. Raspberry Pi 4 Model B is the heart of the project that made the device run in a better way. One can program the device from the display that would help them to perform the task efficiently. Ben developed the OnionBot via the 3-D printer, Prusa i3 MK3, which made him make precise parts and components of the device. The firmware of the device is written in Python and a web interface that is based on HTML, CSS, and JavaScript gives an impeccable interface to the OnionBot. If you want to learn more then you can visit The MagPi magazine official website on their latest issue Magpi101. All the images are from ben’s blog

There are following ways by which OnionBot helps the user to provide assistance that would make them cook well. 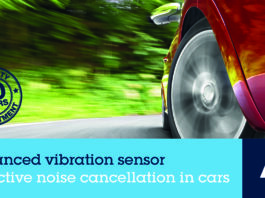 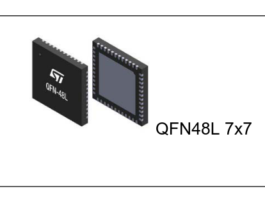 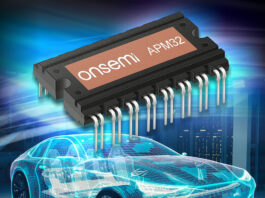