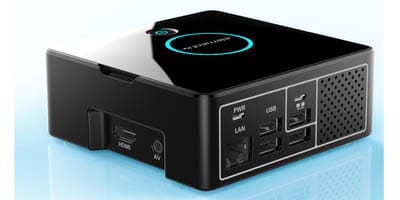 Raspberry Pi Foundation in the United Kingdom has developed the single-board computers namely Raspberry Pi. The main purpose of this device is to realize expectations of an economic device designed particularly for stimulating teaching on the subject of fundamentals of computer science as well as programming in schools. This credit-card size single board computer is known for its efficiency and user-friendliness. This computer consumes less energy and provides the best in class facilities beyond expectations to the users.  Many people take advantage of the reasonably responsive nature of the Graphical User Interface (GUI) performance and support full 1080p video playback.

The Pi Desktop is developed by Premier Farnell by its element14 technology brand. This desktop is only available and obtainable from the Farnell elment14 and resellers of this desktop.

All users of the Pi Desktop get benefits from the compatibility with the Raspberry Pi. They access and use the standard functions of the personal computer like an mSATA solid-state drive interface, Wi-Fi, a real-time clock and Bluetooth. There are power switch and optional camera in the Pi Desktop.

Many enthusiasts of Raspberry Pi worldwide turn it into a desktop computer within a few seconds. They do not use wires in bulk and compromise anything associated with their comfort. They understand and ensure about how to properly convert the Raspberry Pi into the desktop computer.   The HDMI interface is used to connect the Pi Desktop to a display.

Extended SSD memory capability makes the whole system reliable and robust. Every user of this system experiences the highest possible speed start-up experiences. This is mainly because the ability of this system to boot the Raspberry Pi from the SSD. There are many reasons behind the user-friendly nature of this system

However, the foremost reason is the built-in power switch. There is a power controller in this system with the highest possible safety elements. This element supports all users to avoid an outdated approach in which the power adaptor has to be removed from the Pi board. Users can turn on or off this system similar to their laptop or desktop.

The add-on board in the kit has mSATA interface, RTC and intelligent power controller. Some other significant features of this system are stylish enclosure, a USB Adaptor, a heat sink, the RTC battery and spacers and screws.

Everyone has different requirements about the most efficient use of the computer for enhancing every aspect of the routine professional life. They can look at overall features of this system and clarify their doubts regarding every advanced element. The most recent online reviews of this reliable and renowned system give a wide range of benefits for every user.

As a beginner to the Pi Desktop at this time, you may have some doubts and seek how to make clear such doubts. You can visit the official website of Premier Farnell and start your step to explore every aspect of this system without any difficulty. The worldwide availability of the new Pi Desktop and ever-increasing applications associated with this system encourage many people to invest in it.