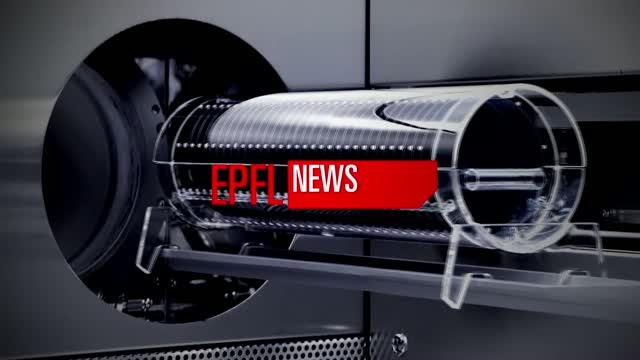 École Polytechnique Fédérale de Lausanne’s (EPFL – a Swiss research institute and university in Lausanne) scientists have developed tiny fibers from elastomer that can incorporate materials like electrodes and nanocomposite polymers. These fibers are so sensitive that can detect even the slightest pressure and strain. They are also very elastic – can withstand deformation of almost 500 percent before attaining it’s initial shape. That’s why they can be useful for applications such as e.g. smart clothing or creating artificial nerves in robotics.

The problem of embedding microstructures into super-elastic fibers has been solved by the scientists. They’ve came up with a fast and easy method – for instance by adding electrodes at critical locations the fibers have turned into ultra-sensitive sensors. In addition, this method can be used in mass production and isn’t also time-consuming.

In order to obtain the optical-fiber, scientists have used the typical manufacturing method for this purpose – a thermal drawing process. Firstly, they created a macroscopic preform with the various fiber components arranged in a strictly designed 3-D pattern. After that, they heated the preform and stretched it out, like melted plastic, to make fibers of a few hundreds microns in diameter. And while this process stretched out the pattern of components lengthwise, at the same time it contracted it crosswise – relative positions of the components stayed the same. Obtained set of fibers had complicated microarchitecture and their properties could be described as even more advanced.

Rigid materials like nanocomposite polymers, metals and thermoplastics can be introduced into the fibers, as well as liquid metals which can be easily deformed. As an example – we can „place” three strings of electrodes at the top of the fibers and one at the bottom. Depending on the pressure applied to the fibers, different electrodes will come into contact. This will cause them to transmit a signal, which can then be analyzed to determine exactly what type of stress the fiber was exposed to.

Swiss scientists in cooperation with Robotics and Biology Laboratory at the Technical University of Berlin have incorporated their fibers into robotic fingers as artificial nerves. Whenever the fingers touch various objects, electrodes in the fibers are transmitting information signals about the robot’s tactile interaction with its environment. Research team has also tested adding their fibers into large-mesh clothing with the purpose to detect motions such as compression or stretching in them.